Humane based techniques are the be-all of bat removal, there really is no other way, unless you want to see the inside of a jail cell. U.S. Federal Law prohibits bat removal methods that result in the extermination of bat colonies.

Live exclusion is the most effective way to get rid of a bat colony from an attic, which works out well for the bats too. Many species of bats have been affected by White Nose Syndrome (WNS) across the U.S. which is why humane tactics remain highly important. Even the Federal Government can agree with that!

If You Have Bats, You Need To Hire Someone Who’s Earned Their Salt.

If you’re looking for a wildlife expert in the U.S. who abides by all laws and regulations of bat removal, and do it humanely, browse our USA directory of certified bat removal professionals by clicking here. Read the bottom 2 paragraphs for our mission statement.

If You Cannot Locate A Company In Our Directory, Call Us At 855-515-BATS

Here are some links to our States with high bat populations. Visit our USA Directory for more.

The Rare Exception: A Bat Came Into Contact with a Pet or Person

The only exception in killing a bat (singular) is when it got inside living quarters of a house. If the bat did not come into contact with anyone it should be released. However, a bat that is captured in such a circumstance may be euthanized and turned into the local health department lab & Tested For Rabies plus other diseases.

Bat bites can be difficult to notice because there is barely any pain involved. That being said, if you were sleeping and woke up to discover a bat flying around in your bedroom, it might be best to have that bat tested.

If your cat or dog has caught a bat, or it’s feared the pet came into contact with it, the bat may also be tested in this scenario. However, if your pets have received routine rabies vaccinations, there is little risk involved for them.

Having A Colony Of Bats= You Better Not Try Anything Fishy!

If it’s strictly a nuisance concern, and there are bats in a building, those bats must be excluded via means of “live bat exclusion.” Killing a colony of bats will potentially have multiple agencies knocking on your door. There are ways of these people finding out. The law WILL come after people responsible for killing a colony of bats.

Nobody likes having bats in their home. It’s a concern of potential disease & the damages bats cause. Bat guano and urine will cause the damage in the attic, and that is also the common concern involving disease from the bat guano. Bat guano can cause the disease known as Histoplasmosis in humans when spore particles are inhaled into the lungs, but the infection is very rare and should not be stressed if there are minimal amounts of guano.

Hire a company in the BRP Network for bat guano cleanup services.

What Is Live Bat Exclusion? Short Answer, It’s The Only Legal Way.

The live bat exclusion process involves hanging one-way devices over the main entry points the bats are using to enter a building, which the bats will pass through at dusk and take flight into the dark outside world. When the bats return to their original entry points at dawn, they will not have the ability to re-enter due to the one-way device.

Afterward, the bats will search for additional flaws in construction to get back inside. This is where “exclusion” comes into play, where the specialist will seal all the cracks around the building so the bats cannot get back inside.

Killing bats is illegal, that much should be obvious. But what about laws regarding “live bat exclusion?” Well, here’s the catch, you cannot even do bat removal the humane way when maternity season has arrived. The humane way isn’t exactly “humane” when you exclude a colony of bats when there are baby bats left inside. Separating the mothers from the babies would be sentencing the pups to their death… They cannot fly and need to feed on their mothers’ milk during “the maternity period.” That is the whole notion behind the laws of maternity season.

Laws will vary state by state because maternity season will happen different times of the year in different states, & the laws also vary because there will also be different species of bats in different parts of the country. In general, there will be no specific laws as to when you can perform a bat removal job. The federal govt’ only places emphasis that it’s highly illegal to perform bat removal when the building has a presence of baby bats still unable to fly.

That being said, one must do research on the species of bats in their regions & when maternity is in progress for the local species. For example, Florida is home to the Brazillian Free-Tailed bats, and maternity will start much sooner than Northern states like Massachuttes where they have Big Brown Bats. One simply must do the research.

No Experience Or Training= No Bat Exclusion For You!

There are many things that can go wrong during the bat exclusion process, which is why nobody should handle bat removal unless they have the proper training. The common mistakes made by a novice is sealing up the wrong gaps during an exclusion attempt, and those gaps happened to be an entry point where the bats coming out…. This can lead to the entire colony of bats to come down from the attic and into the living space. Bats will do this when they are blocked inside, so unless you want a dozen bats zooming around your house, hire a professional.

ABOUT BAT REMOVAL PRO & OUR MISSION TO SUPPORT HUMANE PRACTICES

Bat Removal Pro is a website dedicated to referring humane bat removal professionals across the U.S. in our directory system. With a lack of overall regulation governing bat removal methods, many inhumane companies take advantage and end up killing bats to make a quick buck. Not on our watch. We guarantee all companies in our directory to deal with bats humanely and are licensed professionals, not some run of the mill trapper from down the street. You’d be surprised by the number of companies across the U.S. that ignore laws & regulations governing bat removal. 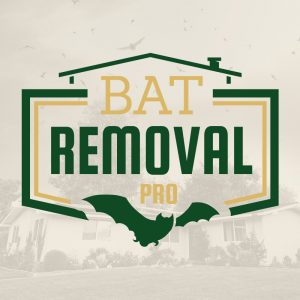 Every decent sized area in the U.S. will have a company that is inhumane, that’s just about guaranteed. We estimate about 1/2 of companies in this industry have illegally killed a bat colony somewhere down the line. Bat removal is a specialized trade and exclusion is such a detailed process that few people receive the proper training to handle bats. Many end up breaking the law to cut corners, because they don’t have the experience otherwise. This has a disastrous effect on already dwindling populations. If you cannot find a local company in our directory, email us at contact@batremovalpro.com and we’ll make sure to get you in touch with a specialist. We care that you find the right people for the job.

Feel Free To Email Us For Personalized Tips, Help Finding A Humane Provider, Or Anything & Everything BATS!