We are your experienced Milford bat removal pros. Bats can be a complex animal to get rid of for most, but not for us! Bats are a considerable part of our business here at Platinum Wildlife. We remove bats from attics, chimneys, and other parts of residential and commercial buildings using the humane method of control – live bat exclusion. We get the bats out for good by sealing the entire structure, hanging one-way devices over the entry points to let bats out, & providing a guarantee.

Bat Guano Cleanup and Attic Remediation is a service we can offer once we get rid of the bats. Bat problems will often leave a mess in the attic, especially when a larger colony has taken residence in a home. We can offer to remove the bat waste/guano by doing a spot-clean, which is the cheaper option, or we can also offer to remove & replace your entire attic. This process involves sucking out all the insulation with an Attic Vac, blowing it into a dumpster, sanitizing it, and then replacing the attic with freshly blown insulation. Your attic offers an essential function to your home. To get the most economical service from us, ask your insurance company if they will cover attic damages the bats have left behind. We can work with your insurance company and get the job done relatively cheaply.

The photo below shows an ineffective attempt to exclude bats with foam. As you can see from the bat guano, the effort failed.

Platinum Wildlife Removal will do the job correctly the first time. guaranteed!

The species of bats we find causing infestation problems in Michigan are usually Big Brown Bats. Although, there can also be other species such as Little Brown Bats, the Big Brown’s relative. Little Browns Bats used to be the most common bats in Michigan. However, a disease called White Nose Syndrome killed off almost all of the Little Browns since 2009. We will sometimes find a colony here and there, but other businesses across the country have seen the same things we have. Big Browns have also been affected by the disease. That’s why humane bat removal is so important. We need these bats to stick around! Call us for Milford Bat Removal to ensure the bats survive the removal process. 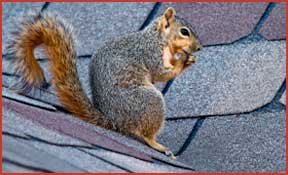 “No more bats! Platinum Wildlife Removal is an amazing company. We had a bat in our house at 2 a.m. on a Saturday, and they came out and caught it. They also performed a thorough inspection of my attic and installed bat doors to give me a permanent fix to my problem. The technician was very knowledgeable and helpful.”

Are you going batty because of bats? Get the makeover you need with Platinum Wildlife Removal of Milford, Michigan.