Northern yellow bats are a large bat species native to the eastern United States. Their fur can be anything from yellow-orange to brown or even gray, with darker hair at the tips. The coat extends through the upper part of the tail, with the rest being naked. We know them to have somewhat short and round ears. These beautiful yellow bats have wings that span 14 to 16 inches while their bodies measure at just under three inches. The females are usually larger than males. 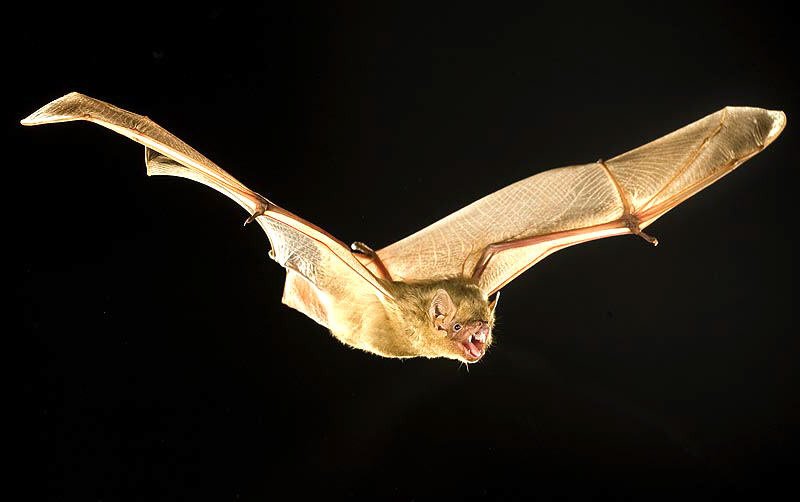 Many thanks to Wikipedia for this photo of this bat. Removal of Spanish moss and old palm fronds, which are necessary for this species to roost and reproduce in, have reduced their reproductive rate. Also, residential mosquito spraying threatens this species. Interestingly, white-nose syndrome does not affect the Northern Yellow.

The northern yellow bat’s mating season falls during the fall and winter months. The females typically have two offspring, although they can have up to four at a time. Northern yellow bats live mostly in coastal locations and are widespread to have a large population in no danger of declining. Unlike many other bat species, we do not consider the northern yellow bat population under threat by national or state conservation bodies. These glorious bats feed on insects such as flies, mosquitoes, beetles, and more. Their roosting spots of choice are in clumps of Spanish moss on palm trees, safe from the sunlight. They rarely migrate, as they can live and feed year-round in the tropical climates of the coastal regions they occupy.

If you notice northern yellow bats in your area, you must have them removed before causing severe and lasting damage. The choice you make regarding which company handles your bat removal job is vital for the safety of you, your family, and your home. Bat Removal Pro makes sure that the companies we sponsor can deliver high-quality bat removal service regularly. Check out our U.S. or Canada directory and hire your professional bat removal service today!