The tricolored bat (known previously as the eastern pipistrelle) is a mid-sized bat species spread throughout the eastern United States and southereast Canada. They have yellowish-brown fur that is colored differently in three different areas of the strands. The fur is black at the base, light brown further up, and sports dark tips at the end. The bats range from 3 to 3.5 inches with wingspans up to 10 inches. They are incredibly light, weighing anywhere from 4 to 8 grams. Tricolored bats are known to live up to 14 years in the wild. 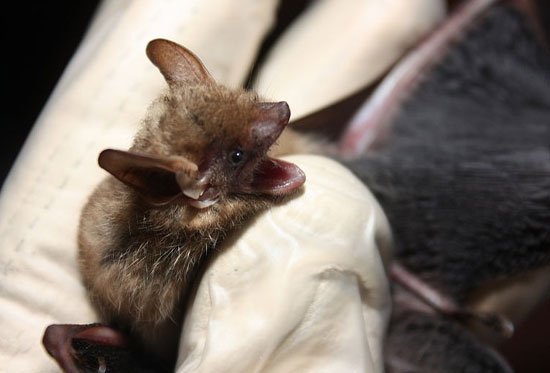 Tricolored bats can hibernate for up to 75% of the year. They spend most of their hibernation period in caves. The bats are solitary in nature and the males live separately from the females during the summer months. Tricolored bats eat beetles, flies, moths, and other common insects. Although not under any specific protection by conservational lawmakers, the species is often killed by cave disturbances during hibernation. Also, they often succumb to the white-nose fungus which kills many species of bats.

If tricolored bats make their way into your home or attic, you should have them removed as soon as possible. Bats can cause immense damage to your home if allowed to remain. Bat Removal Pro screens every bat removal service around your location in order to find the best candidates to handle your removal needs. Look at our U.S. or Canada directory to find the perfect bat removal service to handle your bat situation!

While on a hiking trip one day with his family, Jon happened to see an opening in the side of a hill. Interested by his sighting, he walked toward the opening and realized the opening was much larger than he initially thought.

At the opening, Jon realized he could walk upright into the opening. Instead of waiting for his family, he entered the opening. As he passed the entrance hundreds of Eastern Pipistrelle bats flew over his head and out of the cave.

Jon, frightened by the experience, ran out of the entrance that he had barely entered. The lesson he learned that day: Never enter a cave alone, especially if he did not know what was inside.